Notably established in now four dynamic cities, Smith & Wollensky is free-standing on the Las Vegas Boulevard, in a structure meant to replicate its sister building in New York. This restaurant houses a cigar bar, private dining rooms, and a banquet area, all of which can comfortably accommodate 650 guests. With a traditional steakhouse menu and award-winning wines, the meats are properly aged and meticulously prepared serving as hearty centerpieces meant to be paired with family style sides served to compliment the main course. 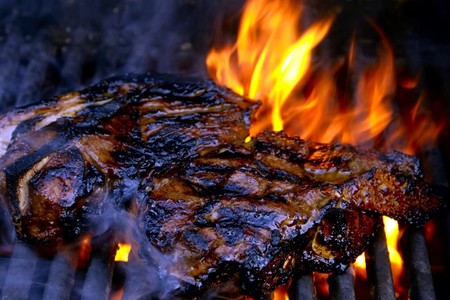 Not Worth the Time

We had dinner there during a recent trip to Vegas, I have eaten at the restaurant before several years ago and was extremely happy with the dinner at that time. This experience was not as good. The service was extremely poor. It took forever to receive several rounds of drinks, the dinners were not brought out at the same time, even coffee at the end of the meal took forever. The waiter asked if we wanted to order dessert, which we declined because we thought it would add another 30 minutes for that course. The waiter then brought us two types of dessert in to go packages which we did not order, saying that he felt bad that it did indeed take so long for our dinner. He stated that the desserts were complimentary, but upon looking at the check he had charged us for them anyway. We will never go back to this restaurant again. There are so many choices of restaurants in Las Vegas, I wouldn't waste the time going here.