Step inside Il Fornaio and take a culinary journey through Italy. Early mornings bring rustic, crisp crusted bread hot from the oven accompanied by the scent of fresh brewed espresso. During lunch and dinner hours, pastas and flavorful sauces simmer while meats and vegetables roast over hot coals. Bottles of wine from small, regional wineries are uncorked to complement the dishes, which have been crafted in the custom of Italy's chefs, bakers and homemakers. In the tradition of Italy's trattorias, the sights, sounds and aromas of authentic Italian cuisine are recreated fresh everyday at Il Fornaio Cucina Italiana. 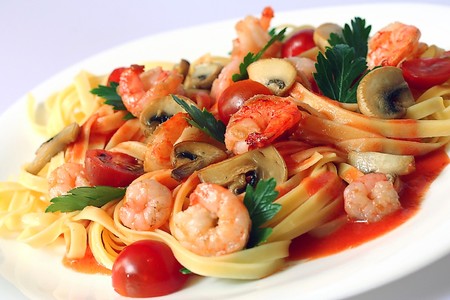 Our recent meal at Il Fornaio in New York, New York was superb. The waiter was attentive and exquisitely cosmopolitan. Our meal was delicious, served hot, and with very little wait. I would return to Il Fornaio in a 'New York Minute!'

Not living up to their claims!

As a former cook and chef, I'm always a little skeptical when I go out for "authentic" Italian cuisine. Italian is easier to create and even easier to ruin. But, I was reassured by the Maitre D' that we would really enjoy the experience. As our group perused their extensive menu, we noticed that they had a history of original, fresh, authentic breads; a staple of Italian cooking. While we were making our selections, we were offered the normal bread basket and oil. Unfortunately, the "fresh" bread was cold. And from there, the experience remained similar to the bread. Cabernet wine selection was generally unimpressive considering the proximity to California's wine regions. Salads were better. Fresh vegetables were complimented with tasty cheeses, although the dressings were lacking a bit on flavor. My carpaccio scored a 6.5 out of 10. The thin slices of Asiago were a good contrast to the fresh garden greens and capers. What kept the dish from scoring better was the cut of meat. Its flavor tasted similar to raw ground beef or sirloin. There wasn't any marbling to it either, which would have offered some flavor enhancement. For my entree, I selected their menu cannelloni, which was listed with a marinara sauce. (Thankfully, our server noticed my confusion and asked) Cannelloni usually is paired with a cream sauce and it turns out that the menu was erroneous. So as we enjoyed our overpriced, undervalued BV Estates Cab ($8.50/glass and $7.99/bottle at your local grocery), we hoped our entrees would save the night. Again, we were left hoping for more. The cannelloni came out nice and hot. Its appearance scored a 7 out of ten, with three evenly sized cannelloni rolls. There was plenty of cream sauce and it was the right consistency. Everything was set for a nice recovery, until my first bite. Again, there just wasn't an abundance of flavor. Everything seemed to run together without any sort of layering of taste. Overall, if you're looking for great Italian cuisine in Las Vegas, I'd recommend you to steer clear of Il Fornaio. Maggiano's would be a better bet. For being located inside of New York New York, they certainly have a lot of living up to do if they'd like to compare themselves to New York Italian.